The Hurriyet Daily News reports Turkish metals producer Assan Alüminyum plans to invest $460 million to build an aluminum rolling mill in an as yet undecided or undisclosed location in the United States. The annual capacity of the planned facility is 120,000 tons. Type steel cold bed 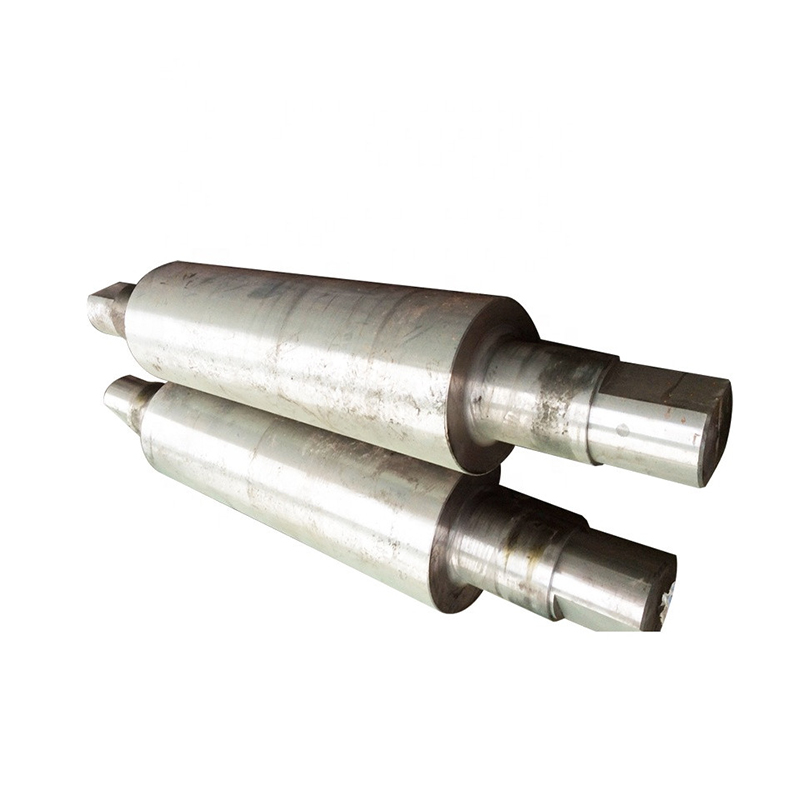 Assan Alüminyum, a business unit of Kibar Holding, describes itself as a manufacturer of flat-rolled aluminum with sustainability as one of its four core values. In the sustainability section of its website, the company says it “recycle[s] 100 percent and infinitely recyclable aluminum in our integrated facility” in Tuzla, Turkey.

Hurriyet quotes Kibar Holding board Chair Ali Kibar as saying at a European trade fair appearance, “Our strategy is to grow in Europe and the U.S., while also strengthening our presence in the Asia Pacific region.”

The investment is a way for the Turkish company to meet increasing “Buy America” requirements related to government procurement policies and some decarbonization-related corporate policies, the newspaper adds.

The Kibar Holding board chair also says Assan Alüminyum currently exports metal that yields 70 percent of its revenue and represents a significant portion of the 360,000 tons of aluminum it produces.

Assan also might be eager to tap into a U.S. scrap market with a surplus compared with comparative scrap scarcity conditions in Turkey. If Assan Alüminyum is importing scrap from the European Union for its Turkish plant, it could face additional hurdles from looming EU policies on scrap exports.

In North America, meanwhile, slightly more than 1 million tons of aluminum scrap was exported from the U.S. in the first six months of 2022, according to U.S. Census Bureau data. Turkey has imported just 11,000 metric tons of that scrap so far this year, ranking far down the list compared with nations including India, Malaysia, South Korea, Mexico, China, Canada, Thailand and Indonesia.

What the Hellenic Shipping News service calls an “unusually low water level in the lower Mississippi River” is grinding barge traffic to a halt, affecting ferrous scrap shippers and steel mills among other customers.

The news service reported Oct. 7 that the low water level is “causing barges to get stuck in mud and sand, disrupting river travel for shippers, recreational boaters and even passengers on a cruise line.”

The conditions mirror those experienced during the summer by barge shippers in Europe, where the Rhine River network experienced similarly low water levels after a prolonged drought.

Along the Mississippi River, there have been record low levels of rain in parts of the watershed, and according to the U.S. Coast Guard, it has responded to at least eight ship grounding incidents in early October. Hellenic Shipping News says the groundings are occurring even though barges are operating with “low-water restrictions on barge loads.”

Any supply pinches caused by the Rhine River woes were not enough to revive ferrous scrap pricing in Europe or globally. Early October metals pricing service reports indicate mills in the U.S. have thus far not perceived a supply issue, with initial October bids made below September pricing, as domestic steel output remains muted.

A trade association board member quoted by Hellenic Shipping News says barge shippers might have difficulty finding alternatives. “Can they divert to rail?,” asks Lucy Fletcher of the Inland Rivers, Ports & Terminals association. She replies to her own question by saying “Well, there’s not an abundance of rail availability. And, usually, people are booking their transportation for fall early in the season. So, if they haven’t booked that freight already, you’re going to see people in dire straits.”

Some shippers could have no alternative but to seek rail and trucking, however, with the Davis Index metals news service reporting Nashville, Tennessee-based Ingram Marine Group has declared force majeure in its barge business unit.

The River Conditions page of Ingram’s website points to low water conditions on the Ohio River and along the Mississippi River in Louisiana. Ingram writes that the “Harvey Lock is closed to marine traffic due to risk from reverse head conditions as a result of low water.” Numerous dredging operations also have closed sections of rivers.

The determination joins others made by organizations including Bloomberg and Wood-Mackenzie in finding a move away from fossil-fuel-based power as beneficial to the demand for nonferrous metals. Such increased demand is likely to bring with it increased attention to and investments in nonferrous metals and EV battery recycling.

The Fitch analysis, released in early October, considers potential impacts of a global internal combustion engine (ICE) vehicle to EV transition as well as investments in electric power methods and infrastructure that would accompany that transition.

On the EV side of the analysis, no matter what type of batteries are used—nickel-manganese-cobalt (NMC) or lithium-iron-phosphate (LFP)—aluminum content increases in EVs compared with its average use in an ICE. The use of copper and lithium likewise increases no matter which battery is used, while nickel demand benefits solely from NMC batteries.

Comparing power generation techniques, aluminum’s presence in solar power is much greater than in any of the other methods analyzed (wind-offshore, wind-onshore, coal and natural gas). Copper demand rises highest in offshore wind applications, with zinc also having a considerable presence in that sector.

Regarding the overall transition, the Fitch analysts write, “EVs and renewable generation are more metal-intensive than fossil fuel-based alternatives. This will require a vast supply response in the next two decades and investments from miners.”

As have other analysts, the Fitch researchers express concern about the “long lead times” of mining projects. They continue, “However, market participants now expect miners to deliver increasing volumes of metals required for the energy transition without compromising ESG [environmental, social and governance] standards. The key challenge is to reduce greenhouse gas emissions across the metal value chain. Emissions intensity of cobalt, aluminum and nickel mining and processing is high, so skyrocketing demand may result in rising net carbon footprints.”

The analysis continues to give recyclers and their advocates considerable ground to stand on as they seek to make investments to collect, process, melt or otherwise treat discarded metals and batteries to reintroduce the materials into an economic sector hungry for them.

New York Mayor Eric Adams said his administration is working toward ensuring the Pratt paper mill in Staten Island is not affected by Local Law 97 as he toured the mill Tuesday with Global Chairman Anthony Pratt and City Councilman David Carr.

According to a report from silive.com, Adams described the tour as a “really good visit” and said he and his administration are “going to make sure that we’re not doing things that hurt businesses.”

Carr introduced Local Law 97 to be included in the Climate Mobilization Act, and the law was passed in April 2019 as part of then-Mayor Bill de Blasio’s New York City Green New Deal. The legislation states that most buildings larger than 25,000 square feet will be required to meet new energy efficiency and greenhouse gas emissions limits by 2024, with stricter limits being phased in through 2050.

The city of New York says Local Law 97 generally covers, with some exceptions:

Currently, the city lists several buildings as being exempt from the law, including an industrial facility primarily used for the generation of electric power or steam, a city building and buildings that participate in a project-based federal housing program.

The Staten Island paper mill opened in 1997 and is the largest industrial manufacturing facility in New York City. During an announcement of a new wastewater pretreatment system in 2021, the city described the mill as “the primary destination and processor for recycled paper collected by the city’s department of sanitation.”

“What we do here is just unbelievable,” the paper mill’s General Manager Muneer Ahmad said to local New York media. “What [Adams] saw is undeniable. The mayor’s going to work through it. We don’t know what the answer is going to be.”

ERI currently houses about a dozen employees at its Ohio office and is making strides to grow the team.

ERI, an electronics and information technology asset disposition (ITAD) provider based in Fresno, California, has announced it is looking to expand the existing sales and marketing team at its newest location in Columbus, Ohio. The company credits steady growth to the recent expansion.

ERI currently houses about a dozen employees at its Ohio office and is making strides to grow the team with an open call to sales professionals.

“We’re proud to continue building our ERI team in Ohio,” says John Shegerian, ERI co-founder, chairman and CEO. “With a steady increase in the need for our industry-leading ITAD and electronic waste recycling services, we continue to grow exponentially. E-scrap is the fastest-growing waste stream in the world today and the need to responsibly recycle electronics has never been greater. We are expanding our footprint to accommodate the need.”

ERI’s newest location in Columbus serves as a midwestern operations and sales hub for the ITAD and e-scrap recycling leader.

ERI is a fully integrated IT and electronics asset disposition provider and cybersecurity-focused hardware destruction company in the United States. The company says it is the first and only company in its industry to achieve SOC 2 certification for security and data protection and can process more than 1 billion pounds of electronic waste annually at its eight certified locations. 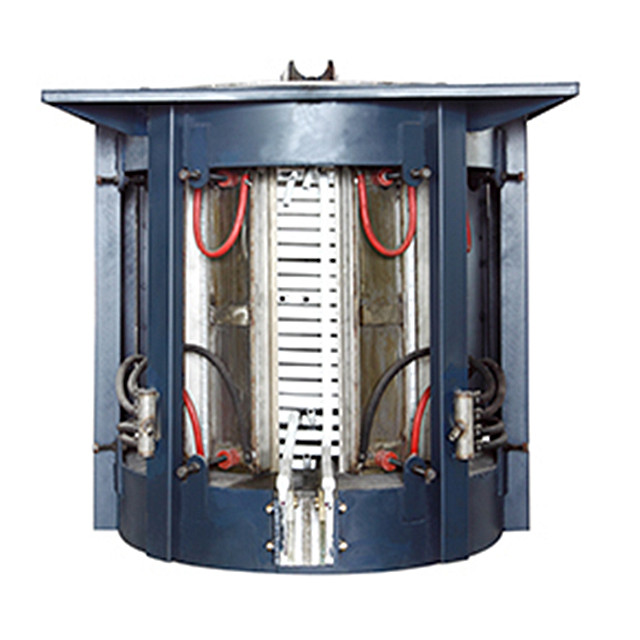